With a heritage spanning six decades, including a long line of celebrity fans and hints of Royal connections, Sophie la girafe has become famous with families around the world and trusted by millions of parents to soothe gums.

Staying true to her history, Sophie la girafe is still produced traditionally in France, using the same method that was used 60 years ago – a closely guarded process involving 14 manual operations.  A classic, cross-generational toy, Sophie la girafe remains the world’s bestselling teething toy. Made from 100% natural rubber derived from the sap of the Hevea tree, Sophie’s flexible, renewable, natural materials and food grade non-toxic paint mean she is the safest and most natural teething toy.

“The super cute, some might say legendary, teething toy is truly adored by her fans. 100% natural and safe, it’s understandable the iconic toy has garnered a global following during the last 60 years. To mark the birthday, there will be celebrations around the world and this September we’ll be unveiling a limited-edition Sophie By Me design, as voted for by thousands of fans young and old.”

Sophie la girafe is designed to stimulate the senses and soothe teething pains. Soft and supple, with a delicious scent, the iconic teether has many parts to chew on and features a variety of differing textures. Thanks to its compact form, this teether makes it easy for the littlest of hands to grab and manipulate – suitable even from birth. 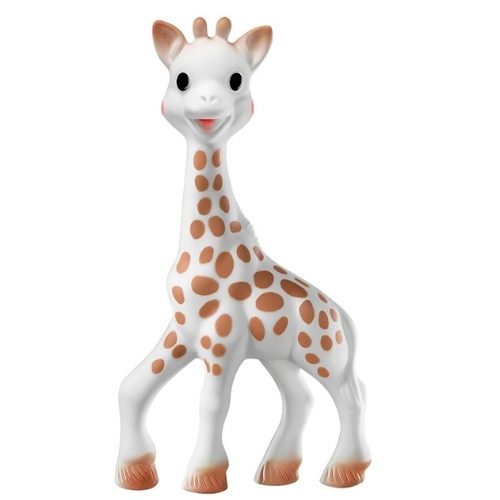