Following feedback from show participants, Harrogate International Nursery Fair has now been re-scheduled to 17-19 October 2021. We caught up with organiser, Adrian Sneyd, to find out why he feels confident that by the Autumn, the show will be an opportunity for the nursery retail trade to come together at last:

You’ve now moved the show to the Autumn – why?

“Two things really: despite everyone feeling keen to attend a physical show again, for some June still felt uncomfortably soon after the easing of restrictions. One participant, for instance, told me she would only attend a large-scale event, once she’s had her second vaccination.

The other major consideration was timing around product launches. While Covid has affected that in some respects anyway, there still seemed to be an appetite to return to the familiar Autumn timeline with the knock-on effect of restoring customer confidence.”

Was the summer date ambitious?

“Steps 2 and 3 of the lockdown easing roadmap meant we could deliver the exhibition as soon as was safely permitted. We felt very positive and were delighted to be among the first trade shows to be granted a Summer date. And to be honest, the reaction from participants, visitors and local hospitality providers was also very optimistic.”

How have participants responded to the new date?

“On the whole, very positively. In fact, some major brands, which had previously stalled on making a decision, now feel more confident about the new date and have signed up to exhibit. And overseas brands, too, have said October looks more likely – especially as travel plans hopefully look to become more straightforward – and we’ve seen a couple of new enquiries coming in from Poland, for example.”

We’ve been waiting a long time – what are people most excited about?

“The nursery retail trade has a uniquely touchy-feely element – it’s all about people buying from people. It’s also very friendly and sociable and I think we’ve all had enough of being online and staring at screens!  So, after seven different date changes, we’re really looking forward to coming together and seeing each other again.”

Companies wishing to participate can find full details and booking forms on the website at www.nurseryfair.com – or contact Adrian on 01902 880906 or email him here. 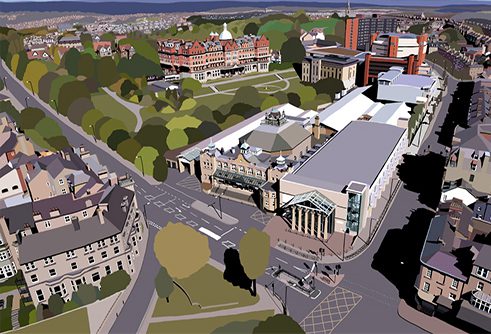